“Now more than ever, citizens know we need Experienced & Qualified public servants. It's not enough to just have a laundry list of "the issues"... one must have the Proven Experience, Leadership, & Qualifications to understand our County's challenges & opportunities and have expertise controlling massive budgets, addressing issues, opportunities, & having solved similar problems before.

I ran to be a County Commissioner to serve this wonderful community I love because we need prepared leaders now more than ever. Our County budget tops $2 Billion and we have the chance to improve in so many areas. However, we also continue to remain vulnerable if we don't have the right leaders & decision makers to Protect, Preserve, & Improve our District & County.

Click here for a PDF version of Commissioner LoCastro's bio.

Rick LoCastro was elected Collier County Commissioner of District 1 (East & South Naples, Marco Island, Goodland, Isles of Capri, Port of the Islands) on November 3, 2020. After serving 24 years in the U.S. Air Force and retiring as a full Colonel in 2012, he was recruited to Naples into Hospital Administration serving as Chief Operating Officer (COO) of Physicians Regional Medical Center. For 4+ years he was responsible for all day-to-day operations of the hospital and directly supervised 13 different Departments. He also led the hospital's opening of a Walk-In Clinic, Rehab Center, and Primary Care offices on Marco Island... as well as the design and construction of a second Walk-in Clinic and Primary Care Center in East Naples.

In January 2017, Rick then joined Avow Hospice as Senior Director of Development. He was a key leader securing major gifts, oversaw donor management, and implemented strategic healthcare plans to improve and expand hospice care, child support services, and bereavement programs. He also served as the Senior Military Veteran Advisor for the Avow "We Honor Veterans" program ensuring benefits and satisfaction for military veterans and their families.

Rick is the Founder & President of RJL Consulting Team based in Naples. A firm specializing in Healthcare, Retail Businesses, Physician Practices, Construction, Security, Energy & Environmental, Non-Profits, Government & Military, and accelerating employee & team performance by providing strategic/operational expertise to maximize revenue, volume, and efficiency. His clients include Fortune 500 companies, political figures, non-profits, and a multitude of private businesses. He stepped down and ceased all company activity after he took office as a full-time County Commissioner in November 2020.

Prior to his election and Naples civilian executive positions, he was a senior Air Force officer commanding in leadership positions worldwide. He held military positions in Germany, Hawaii, the Pentagon, and NATO, and lived and worked in 80+ countries. He served as a senior Commander on Andrews Air Force Base supporting the President of the United States and all Air Force One missions. He then led a multi-national NATO unit at Ramstein Air Base, Germany, where he was a Senior Commander responsible for all security, engineering/maintenance, transportation, administration, human resources, supply, logistics, food service, safety, and linguistic translation, supporting the 26-nation command.

Following his Europe assignment, he next served as Base Commander of Eglin Air Force Base in Ft. Walton Beach, Florida. There he ensured support to the 725 square mile base (Department of Defense's largest installation) and directed all base operations for over 35,000 personnel with $16 Billion in infrastructure. He led strategic planning and oversaw all housing, healthcare, food service, facilities, security, construction, safety, fire/rescue, human resources, IT, environmental, logistics, 3,000+ houses, and 1,000+ dormitories. He also supervised the Air Force's 4th largest Medical Center encompassing 1,500 medical staff supporting 85,000 beneficiaries and 300,000 annual patient visits.

He then served as Base Commander of the United States Air Force Academy in Colorado Springs, Colorado, (where he is also a 1988 graduate) responsible for 4,500 personnel and all support to the 25-square mile installation including the Service Academy. He commanded all Air Force Academy base support, housing, food service, and a Medical Center supporting 4,000+ cadets, a military community of 35,000+, and 500,000+ visitors annually to the military Service Academy. Finally, he was Director of Manpower & Personnel for U.S. Strategic Command, overseeing all human resources (HR) programs for the United States' classified nuclear and space forces. In 2001, he commanded his unit to selections as U.S. Air Force Mission Support Squadron of the Year and was also personally selected as the 2001 U.S. Air Force Senior Personnel Officer of the Year. Rick has worked for two U.S. Presidents, for General Norman Schwarzkopf, and was also the Aide to an Air Force 4-star General for three years. In 2012 he retired from the U.S. Air Force as a full Colonel.

The Commissioner has extensive operations, business, finance, human resources, political, and healthcare experience as well as non-profit leadership expertise working with numerous organizations worldwide. He earned a Bachelor of Science Degree from the United States Air Force Academy in Colorado Springs and has three Master of Science degrees... to include one in Public Administration & Policy from Central Michigan University. Living on Marco Island and working in Naples, Commissioner LoCastro is also very active in the local community having served on the Board of Directors, Marco Island Chamber of Commerce; is a member of the American College of Healthcare Executives; Collier County American Legion, VFW, & Rotary Club member, and a 2013 Naples Chamber of Commerce Leadership Collier graduate. 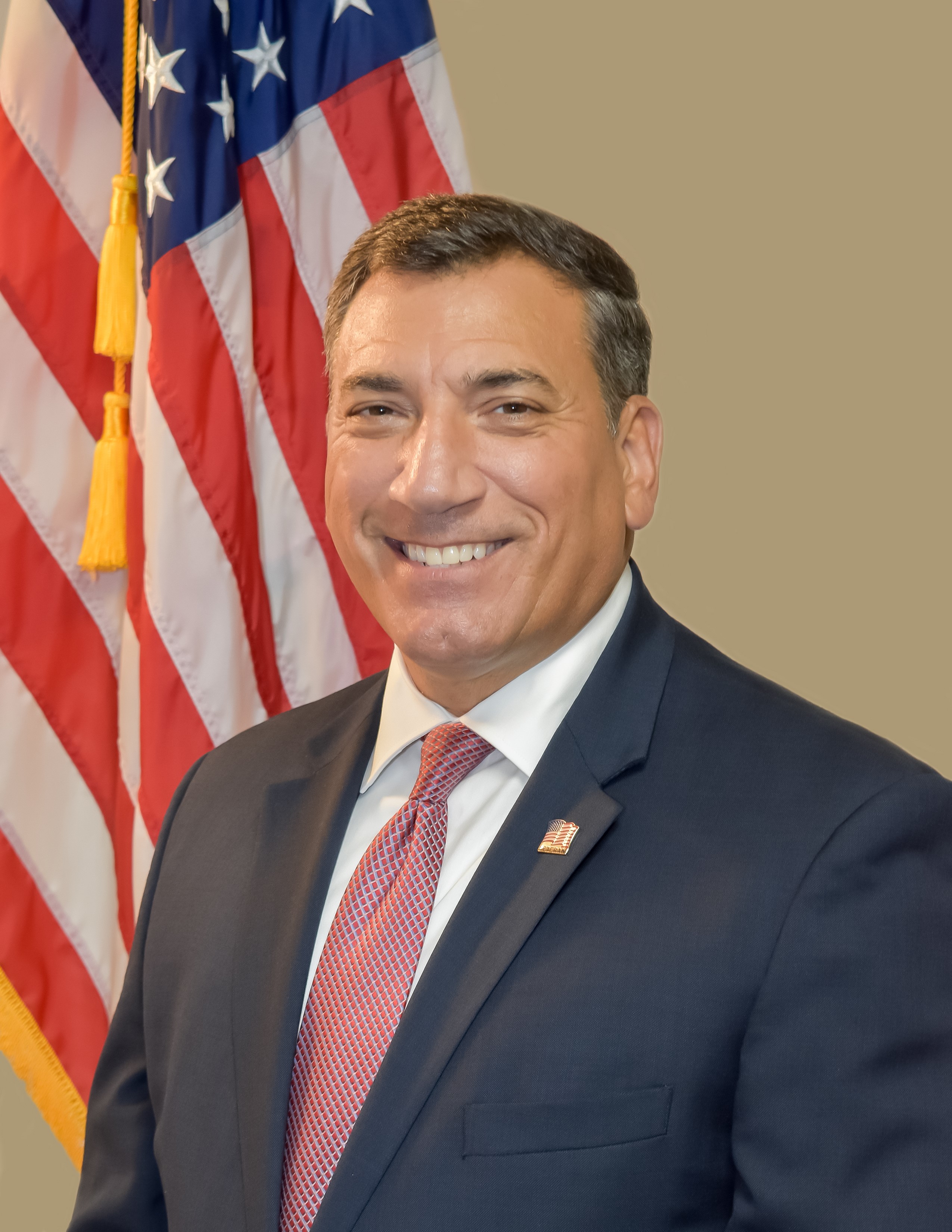 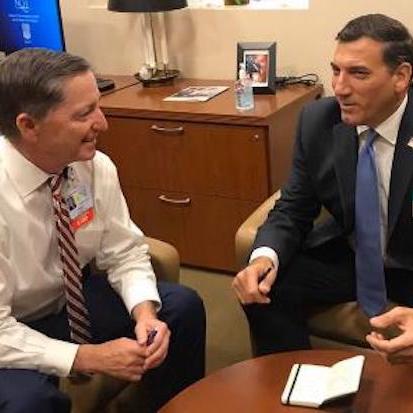 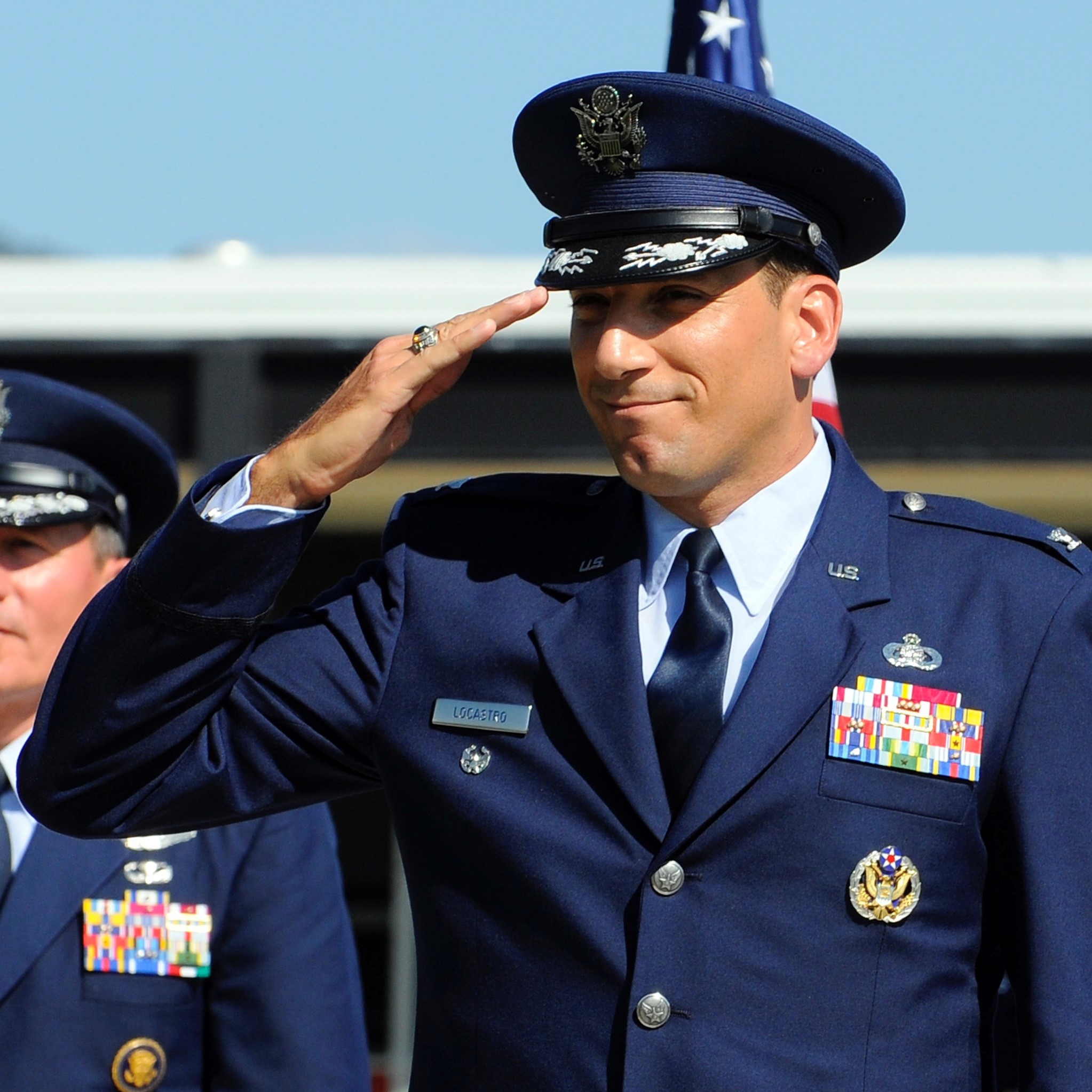 Proud to have served our country for 24 years 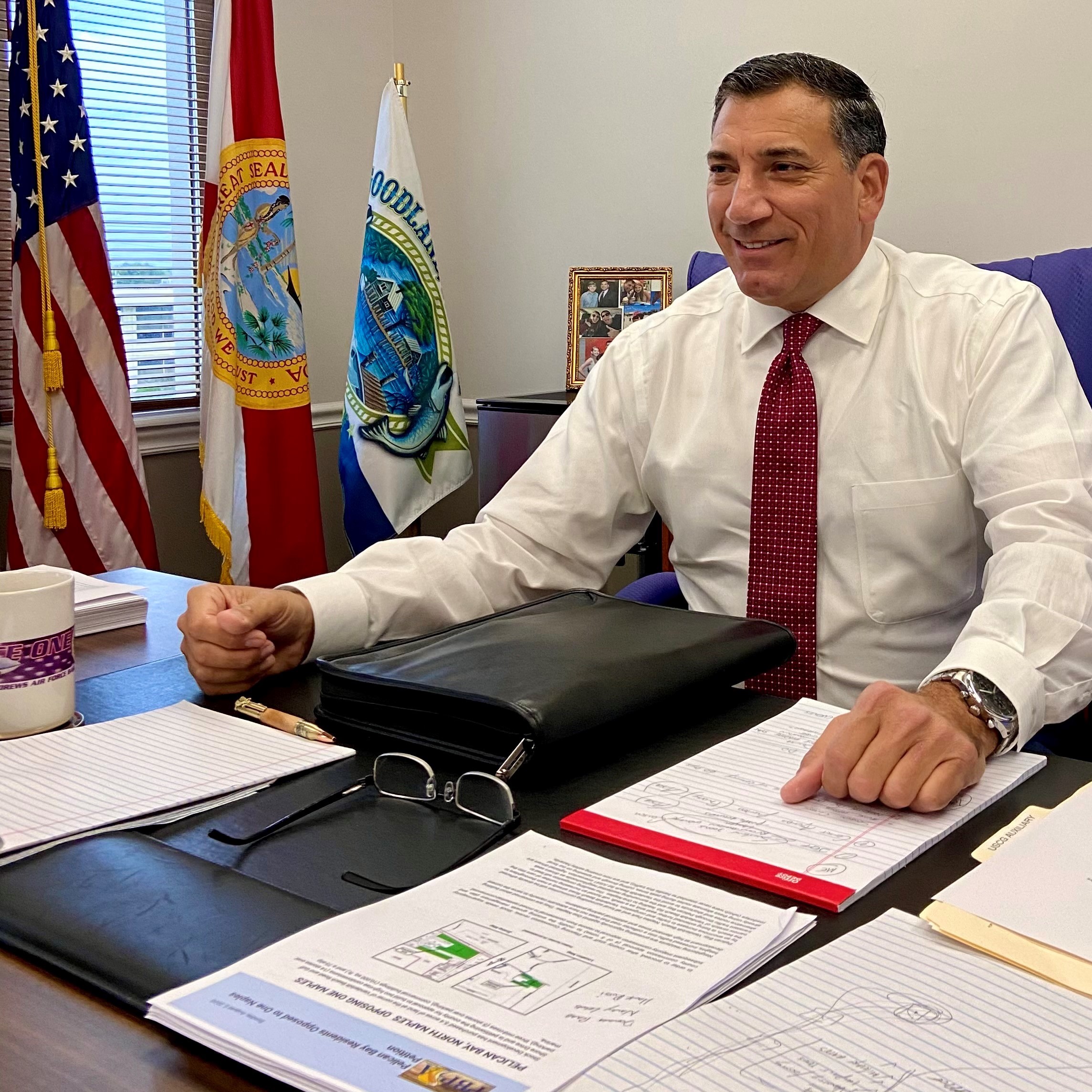 In the Commissioner seat as YOUR public servant! 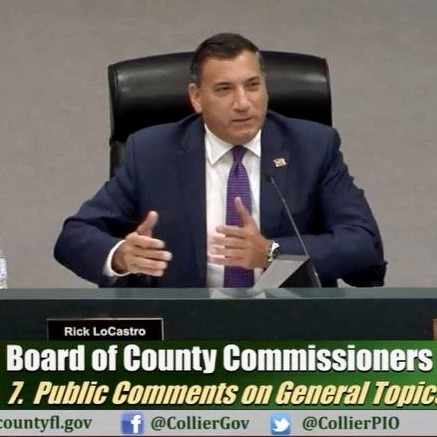 Serving the citizens of Collier County

Joking with fellow veteran Governor DeSantis that "he's doing a great job for a "Navy Man"! 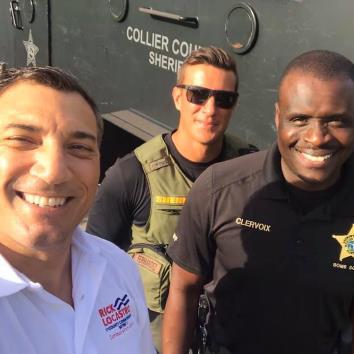 With hard-working deputies of the Collier County Sheriff's Office 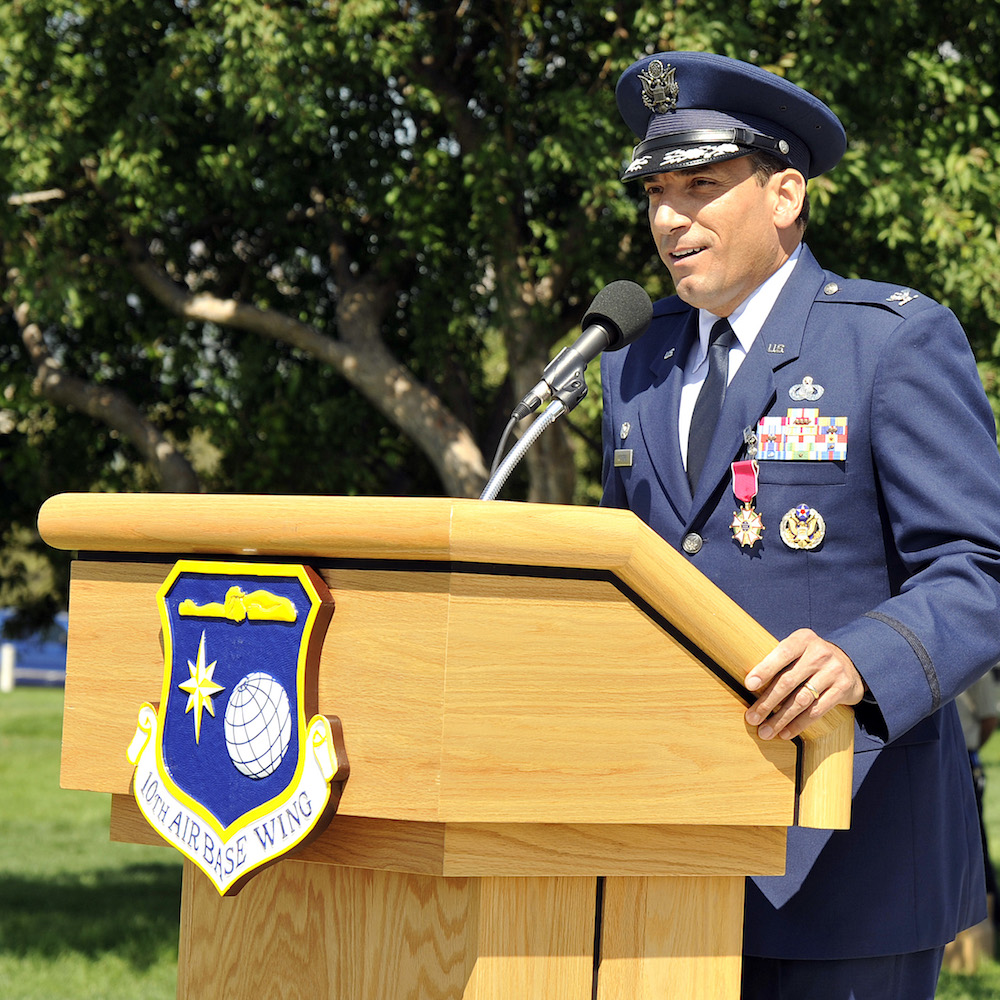 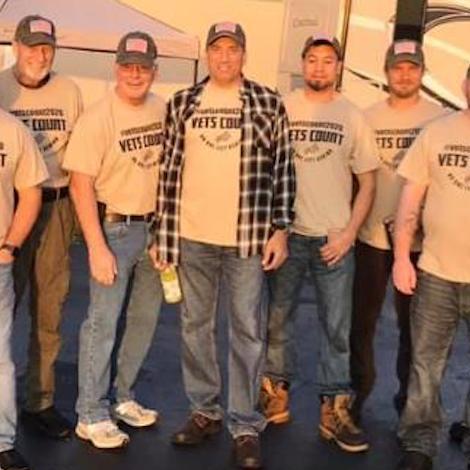 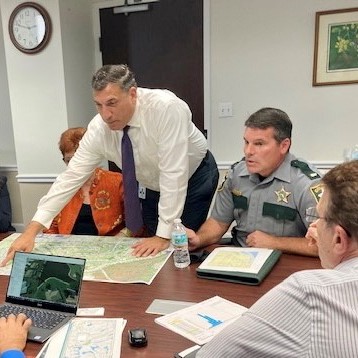 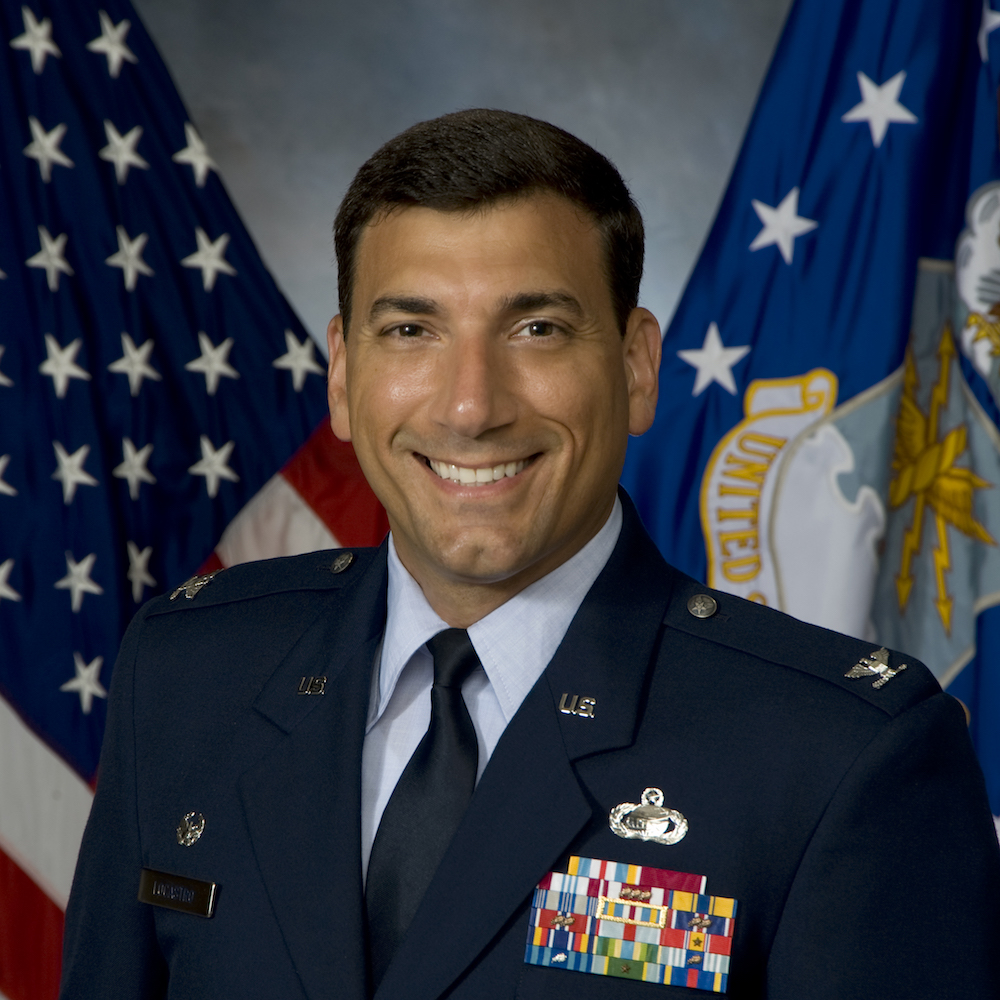 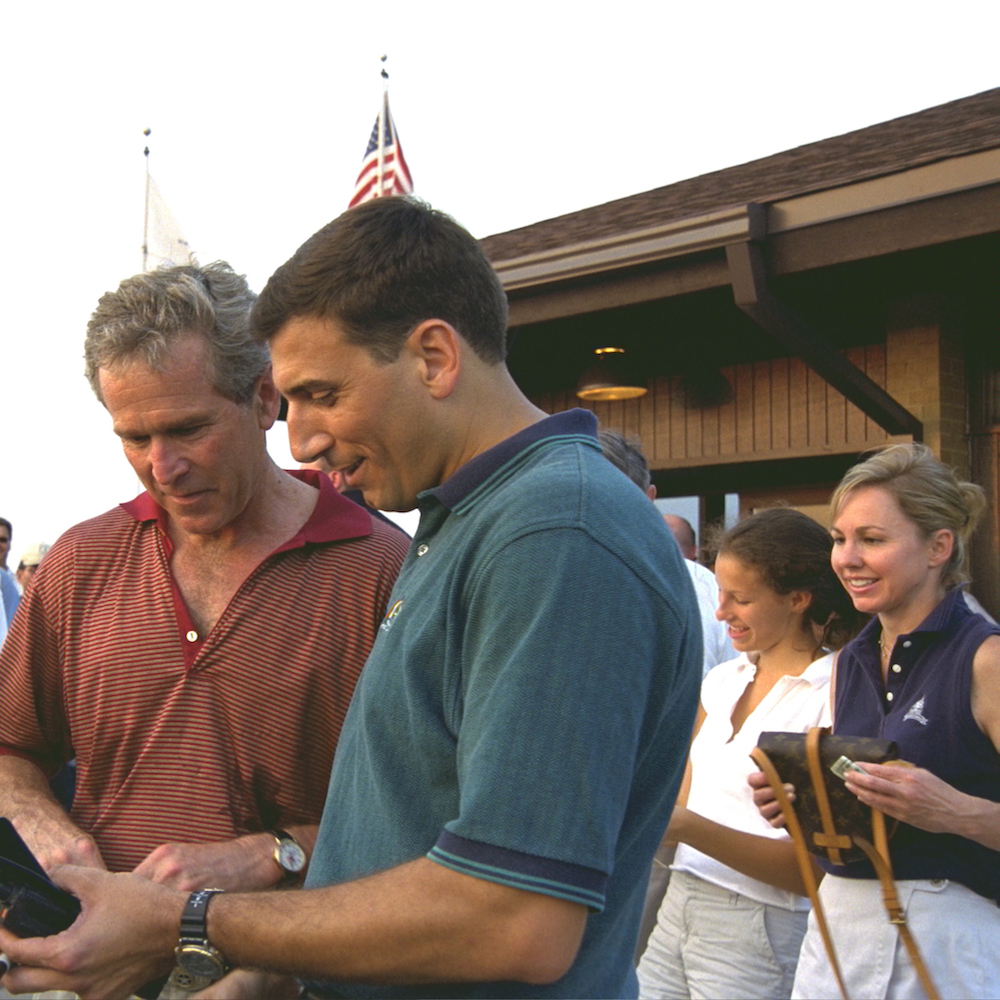 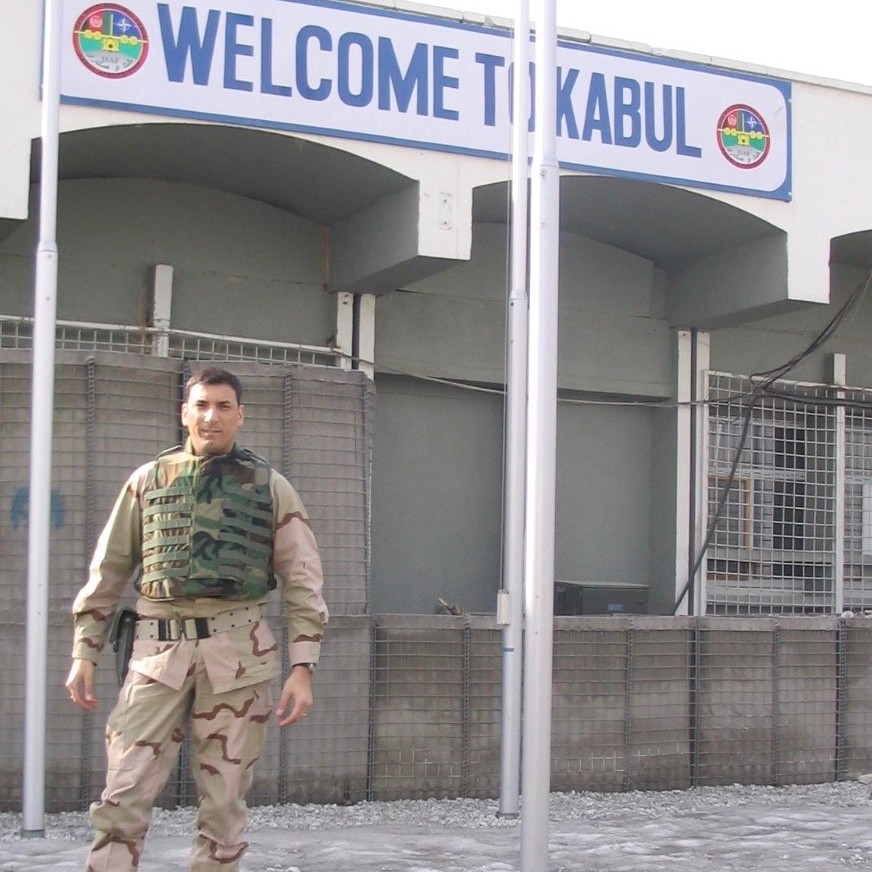 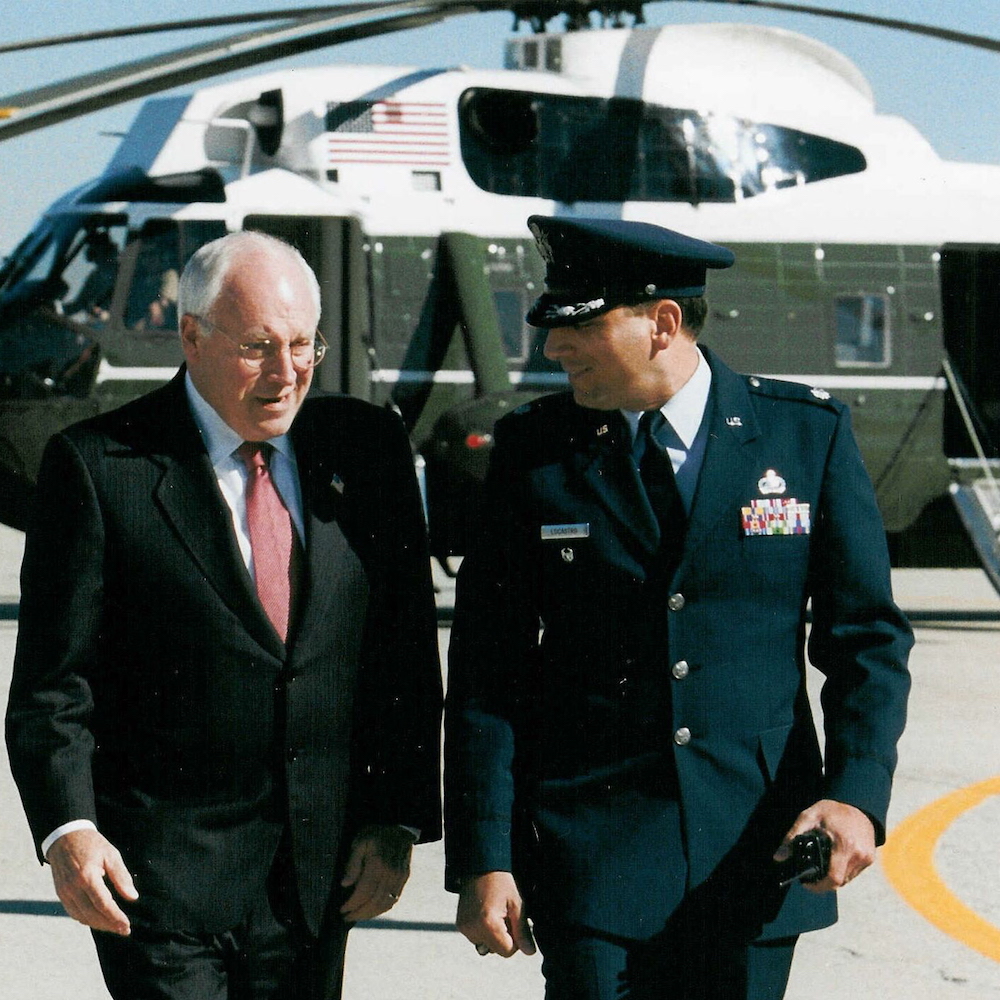 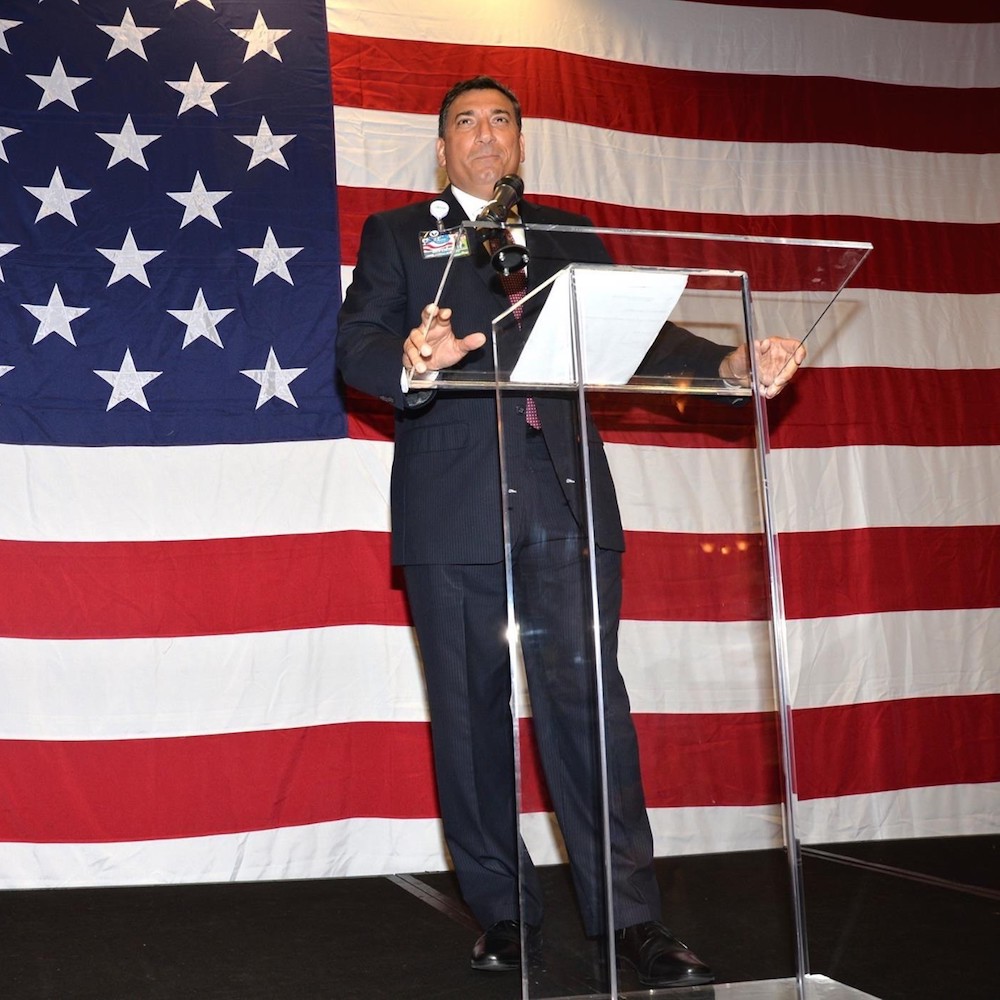 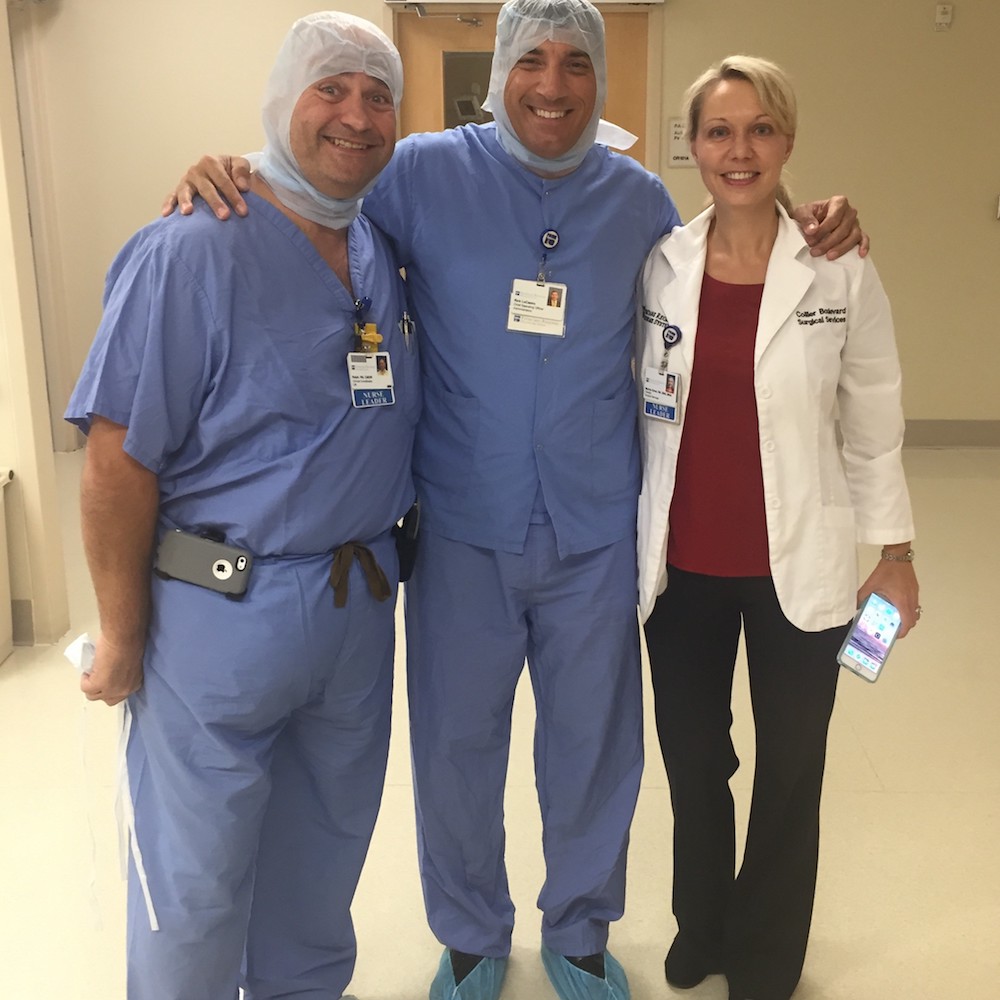 Naples Hospital COO observing in OR 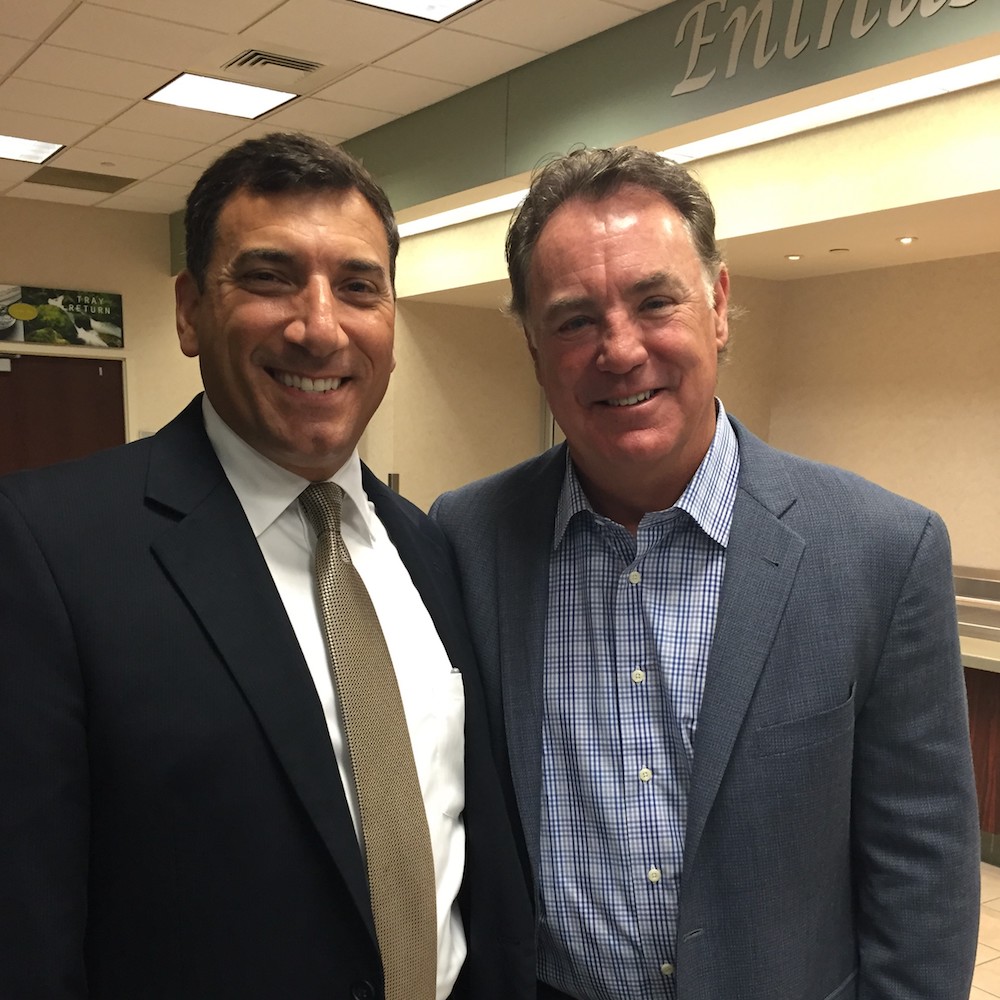 With Jim Craig, goalie for Miracle on Ice team 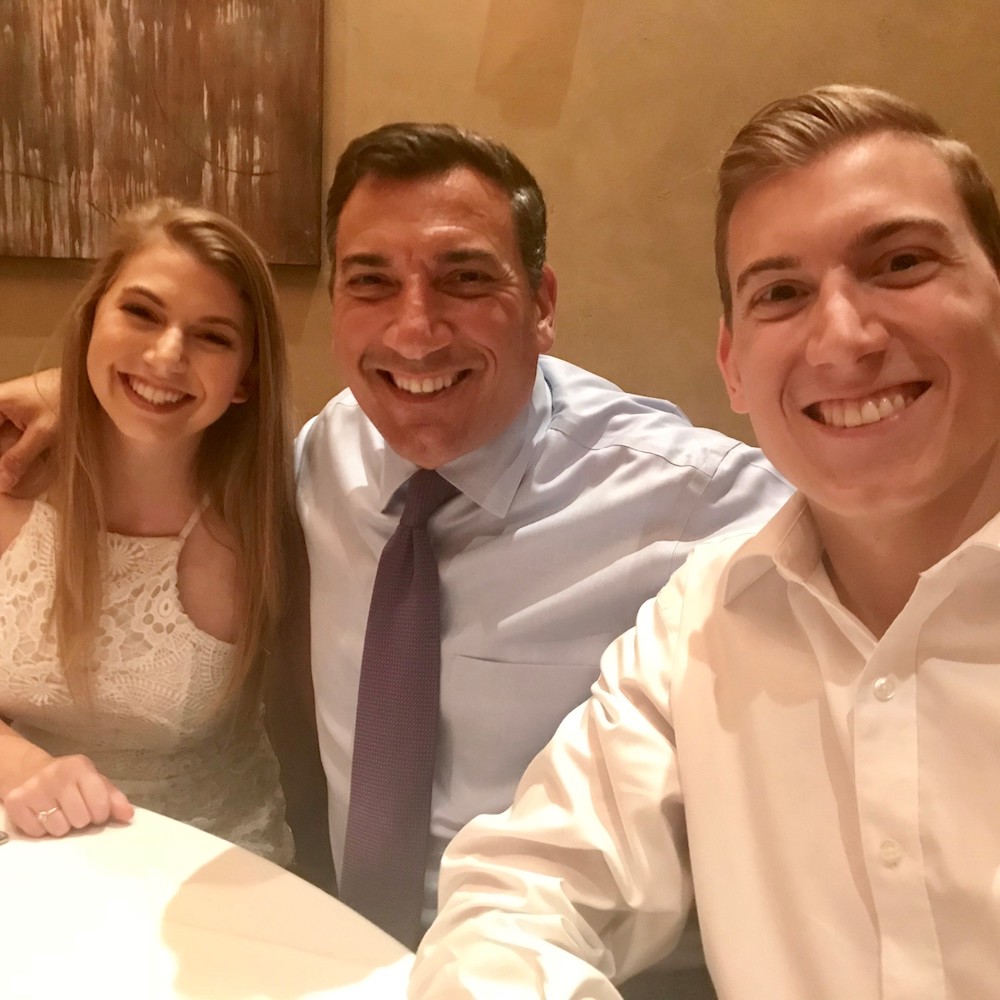 With daughter and son 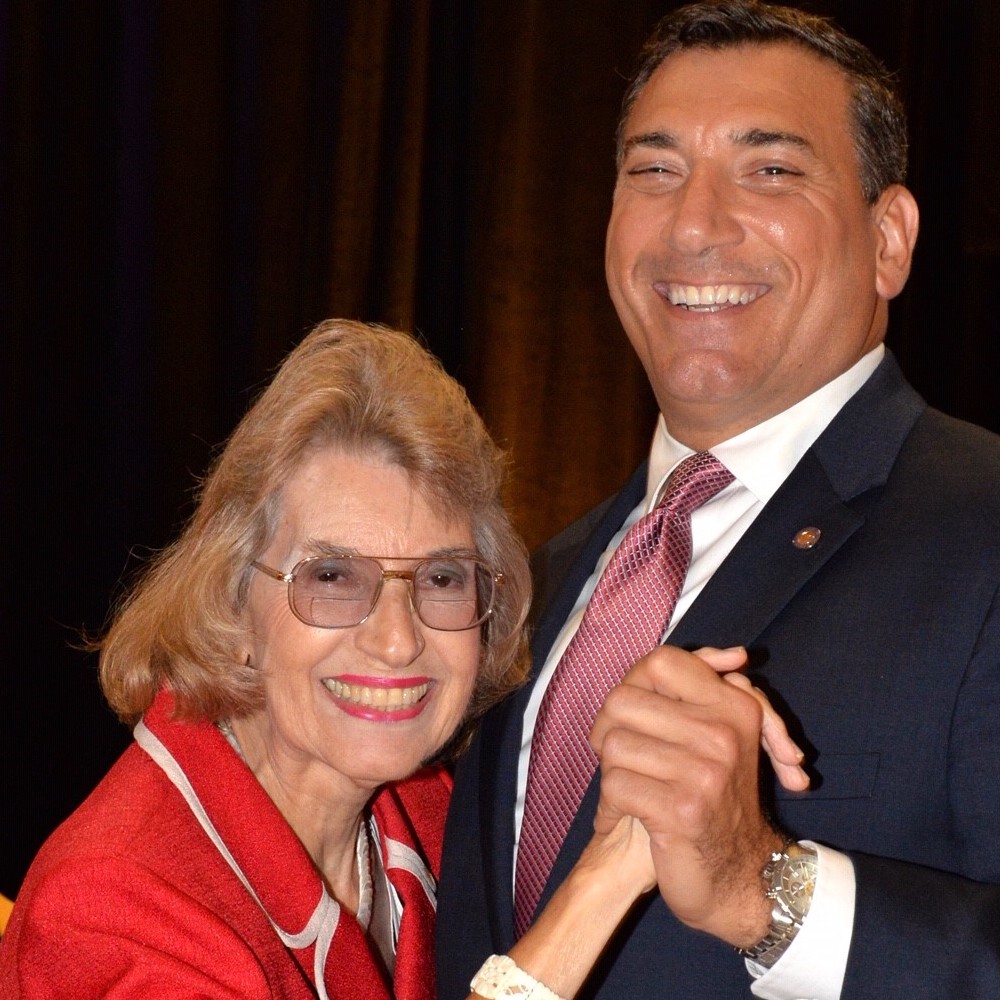 
Use of military rank, job titles, and photographs in uniform does not imply endorsement by the U.S. Air Force or the Department of Defense.